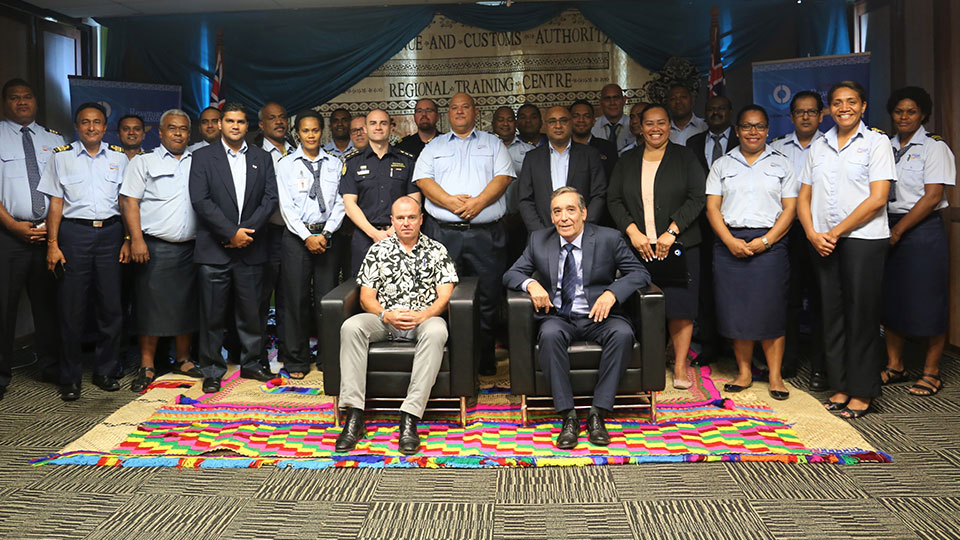 The Container Control Program was launched by the World Customs Organization to assist countries in establishing effective container selections and controls to prevent drug trafficking and other illicit cross-border activities.

The two-week long workshop was officially opened by the Australian High Commissioner to Fiji, Mr. John Feakes, who in his opening address stated that Australia remains committed to supporting and working collaboratively with regional partners to strengthen borders in preventing the trade in illicit goods and also to ensure that correct revenues and taxes are paid on legitimate goods.

“Under this particular CCP initiative, Australia has partnered with both the World Customs Organization and United Nations Office on Drugs and Crime to deliver a global product that demonstrates the significance and importance of multinational collaboration in the fight against transnational crime. As our neighbor and friend, and as the logistical hub for the Pacific, Fiji was identified to be the first nation in the region to host a CCP.”

Speaking to the participants from the Fiji Revenue and Customs Service (FRCS), Mr. Feakes said,“Each of you should be proud of the role that you will play in protecting the community, through the knowledge you will gain from this program and your work at the border.”

Revenue and Customs Chief Executive Officer Mr. Visvanath Das said that the incredible volume of containers travelling the seas from country to country and continent to continent, make them targets for actors in the illicit drug trade, and even more so for actors involved in producing and delivering counterfeit goods and merchandise.

“The global dependency on maritime trade, combined with not only sophisticated concealment methods employed by traffickers or counterfeiters, but also diverse trafficking routes, make successful interdiction and intervention difficult. This programme will be critical to how we monitor the trade supply chain. It is also my hope that the Container Control Program will bring in our border agencies and have them trained and equipped in the framework of the CCP and all working closely together.”

“We all have a responsibility to promote sustainable economic growth. More importantly, we need to protect our current and future generations from the harmful effects of illegal trade,” Mr. Das stressed.