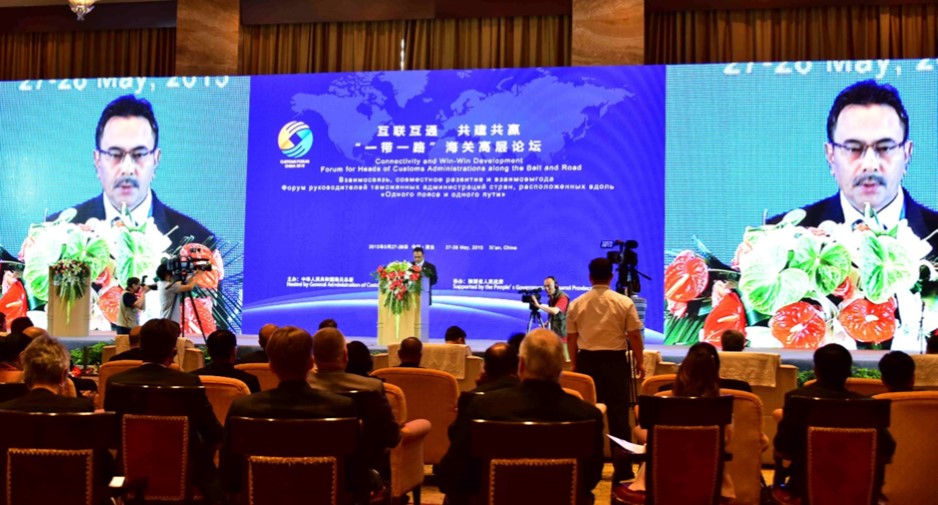 General Administration of China Customs (GACC) organised and hosted the “Connectivity and Win-Win Development Forum for Heads of Customs along the Belt and Road” in Xi’an, Sha’anxi Province, China on 27 and 28 May 2015. The event was attended by more than 60 countries, international organisations, regional institutions and business representatives. It started with welcoming address by Mr. YU Guangzhou, the Minister of China Customs, and followed by keynote speech by Mr. Kunio Mikuriya, the Secretary General of World Customs Organisation (WCO), and speeches by few other dignitaries.

The objectives of this initiative were to promote the connectivity of Asian, European and African continents and also their adjacent seas, as well as to establish and strengthen partnerships among the countries along the Belt and Road. 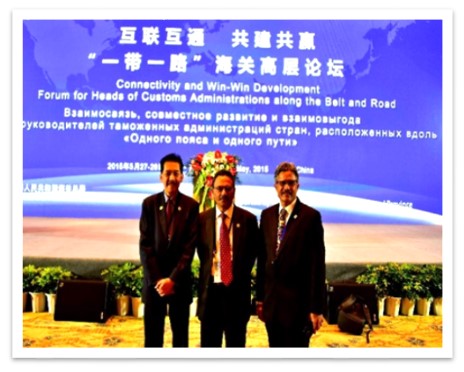 Prior to the closing of the event on the second day, all moderators presented their summary of the Sub-Forum and recommendations. The event ended with closing address by Mr. SUN Yibiao, the Vice-Minister of China Customs.